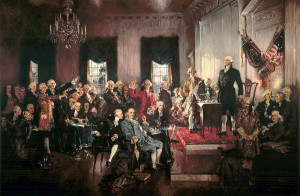 You can’t help learning every detail about the lives of the Kardashian family.

If you are one of the few who don’t know who the Kardashian sisters (or their mother, brother, or other relatives) are, they are ubiquitous reality television stars. It’s impossible to escape news about any reality television star. The latest gossip relating who said what, did what, or gave what to whom is broadcast twenty-four hours a day, analyzed in countless blog posts and tweets, and literally shouted from the housetops.

In contrast, news about the true achievers in our society is often hard to find.

You have to search for it, a little like hunting for buried treasure. This is true both regarding those who may be struggling against all odds to achieve recognition for their talents, abilities, and accomplishments and great figures of history whose achievements should already be known to all. Why has this happened?

In the modern age, we have confused fame and celebrity with the pride of achievement.

Being famous has become an end unto itself.

You can become famous by writing a great symphony, painting a magnificent picture, or producing a brilliant book. You can also become famous by robbing a bank or making a complete fool of yourself on the Internet. Unfortunately, today we look at the end result (fame and celebrity) rather than the reason why someone is receiving public attention.

A distorted sense of values has become a national and even international plague.

A student may be encouraged to work hard, maintain a sense of self-discipline, and make outstanding grades in school. The result of all this hard work may result in an invitation to graduate as valedictorian. But this industrious student may also attend a school whose misty-eyed administrators declare that everyone is a valedictorian. They are concerned that someone might be offended by not being chosen. They want poor students to leave school feeling good about themselves.

One of these poor students may post vulgar, suggestive, and inappropriate pictures on the Internet and become a huge celebrity when these pictures go viral. The school administrators are busy congratulating themselves on their sensitivity and remain oblivious to the two destructive lessons they are teaching.

This new, media-driven celebrity culture is the powerful enemy of the pride of achievement.

Sadly, the celebrity culture is winning today. It isn’t even a contest. Jake Halpern, in conjunction with the Newhouse School of Public Communications at Syracuse University, polled 650 children in Rochester, New York on their attitudes regarding fame and pop culture. Halpern’s results were revealed in his book, Fame Junkies:The Hidden Truth Behind America’s Favorite Addiction. When offered the option of becoming president of a university, a U.S. Senator, or the chief of a major company, nearly half of the teenage girls chose a different alternative: becoming assistant to a celebrity.

Many of the celebrities these girls aspire to assist are products of reality television.

The term “reality television star” is actually an oxymoron, since the parties in question aren’t really “stars.” In the past stars achieved public recognition because they could sing, dance, act, play musical instruments, or do something else at a much higher level than everyone else. Certain stars weren’t real achievers and were instead the beneficiaries of massive commercial promotion. But they maintained a pretense to talent even if they had none. Reality television, however, can literally make anyone a star simply through massive international exposure. The benefits of such celebrity are obvious.

The Kardashians have parlayed their fame into a host a products, everything from a personal brand of perfume to their own credit card. Nor are they alone; the list of celebrities changes, often including pop music stars whose miniscule talents are overshadowed by their massive public promotions. Britney Spears, Madonna, Lady Gaga, Justin Bieber, and Miley Cyrus are among the current group.

Madonna and Miley Cyrus are even the subjects of college courses.

But fame is fickle; one web site breathlessly announced that “celebutante Kim Kardashian” had seized the celebrity crown belonging to Paris Hilton. If you read the words in a year (or even a month) from today, selected celebrity names may be dropped from the list and replaced by new figures who captivate the tabloid publishers in search of marketable notoriety. But the celebrity marketing machine will still be marching relentlessly forward an army of robots in a bad science fiction movie.

What is of greater concern is what happens to the true achievers.

Consider two groups of men whose contributions to our history are undeniable.

The Founding Fathers of the United States of America pledged to each other their lives, fortunes, and sacred honor. The signers of the Declaration of Independence and the Constitution risked everything and sacrificed much to achieve freedom and liberty for us all. While we know the names of those who became Presidents, Washington, Adams, Jefferson, Madison, and Monroe, for instance, there are dozens of others whose names would elicit a blank stare from most Americans today.

Similarly, the soldiers and sailors and airmen who have been awarded the nation’s highest military decoration, the Medal of Honor, more often than not gave up their lives for us. Several recent recipients of the Medal of Honor risked their lives in Afghanistan and Iraq and unlike many of their predecessors, were not killed in action. How many Americans today would recognize the names of Jared C. Monti, Salvatore Giunta, Robert James Miller, Leroy Petry, Clinton Romesha, Dakota Meyer, or William Swenson?

In the arts, as in all fields today, attention is often lavished on musicians, artists, writers, and actors who pursue shock value instead of quality.

Yet many giants of the recent past and present are simply ignored.

The pride of achievement must not be ignored and dismissed while we worship false idols for their fame and notoriety.

Rejecting the celebrity culture will not be easy.

There is too much money to be made from easy and instant fame. But we can begin. You can’t help learning more about the Kardashians than the Founding Fathers if you depend only upon what you are told by today’s celebrity hucksters.

If you and your family think clearly about the real meaning of accomplishment and search on your own for those who deserve recognition, the pride of achievement can be yours.

Can you do anything to be certain that you and every member of your family find out about those who exemplify the pride of achievement? Absolutely. Just begin by clicking here.