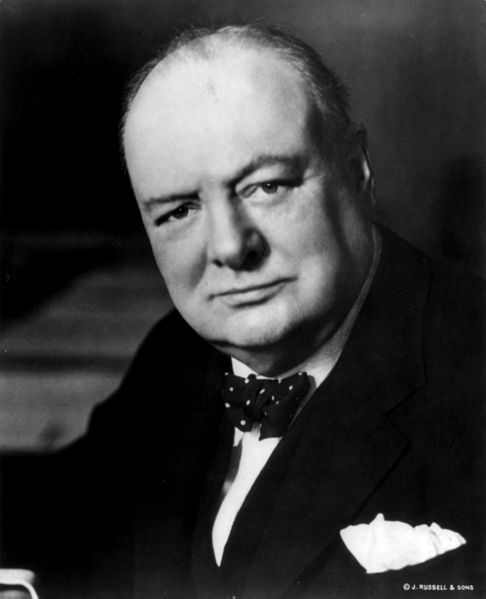 This may seem like an absurd question, but think again.

In England, a teacher named Katharine Birbalsingh spoke of her students, teenagers who think “Churchill” is an animated dog of the same name appearing in a television advertisement for an insurance company.

Why would a fourteen-year-old student think that one of England’s greatest Prime Ministers is a dog?

Birbalsingh blamed failed teaching methods which consider facts, figures, and basic knowledge to be “old-fashioned.” The Guardian, a British newspaper, conducted a survey of young adults, ages 18-24. Less than a third identified Winston Churchill as the Prime Minister who served before 1945.

You may say, “This took place in Britain, what does this have to do with the U.S.?”

In fact, quite a lot. Recently I spoke to a friend of mine, a bright, serious high school student. He is exactly what you would hope a student would be, interested and diligent regarding his studies. I told him the story about British students unfamiliar with the legacy of Winston Churchill. Then I asked him, “Have you and your classmates learned about Churchill in school?” My question drew a blank stare. I was disappointed but not surprised.

American schools, like those in Britain, have been subjected to the pernicious notion that history doesn’t matter.

Why is it important that children today learn about leaders such as Winston Churchill or Dwight Eisenhower and what they achieved during the Second World War?

It seems incredible that such a question must be asked, let alone answered. World War II was a conflict which resulted in the loss of millions of lives. There are disturbing parallels between events which led up to the war and events taking place today. The resolution of the war resulted in relationships among nations which still have an effect today. One obvious struggle that dominated the world for decades after World War II was the Cold War.

George Santayana famously advised us that if we do not learn the lessons of history, we are doomed to repeat them.

James C. Humes is a prominent author, former presidential speech writer, professor, and public speaker. But in 1953, while a student at the Stowe School, Humes made a trip to England where he accomplished the unthinkable: he dance with the young queen Elizabeth II and met Winston Churchill. Churchill advised him, “Young man, study, study history. In history lie all the secrets of statecraft.”

Humes went on to become an expert of the life of Churchill, writing several books about him, emphasizing not only his incredible war time achievements, but his masterful use of the English language. He reminds us of Churchill’s most famous speech, defiant and determined in the face of a seemingly invincible Nazi onslaught during the Battle of Britain.

CBS Radio correspondent Edward R. Murrow said of Churchill, “He mobilized the English language and sent it into battle to steady his fellow countrymen and hearten those Europeans on whom the long, dark night of tyranny had descended.” In short, Churchill spoke the language of leadership.

Humes’ point is that we can learn much by studying the qualities of a successful leader. This is in addition to our need to understand the fundamentally important events that changed the world as a result of such leadership. Consider the role of America’s generals during World War II, Dwight D. Eisenhower, George C. Marshall, Douglas MacArthur, and George S. Patton.

What would the result of World War II have been without these men? What would have happened if the Axis (Nazi Germany, Fascist Italy, and Imperial Japan) had defeated the Allies and dominated the world?

It is shocking beyond belief that children today are not taught about the great events of history.

it is perfectly natural for children to think that the only important things that take place in life are happening today. It is even more natural if they have reached their teenage years and are rebelling against anything told to them or taught to them by adults. They may be convinced that the only things that matter are those relating to themselves and their friends, but we must never accept such notions and they need to be taught why such an attitude is destructive and dangerous.

Comedians who mock World War II veterans are more than disrespectful. They are advertising their own ignorance, because if it had not been for these veterans, the freedom of speech that we treasure and that makes their livelihood possible might have vanished from the face of the earth.

The idea that children think “Churchill” is the name of a dog may seem amusing, but upon serious consideration, it isn’t remotely funny.

Human nature rarely changes. By studying history, as Churchill advised, we can learn which actions have been founded upon wisdom and which have been founded upon ignorance. When Churchill’s predecessor, Neville Chamberlain, returned from attending the infamous conference at Munich, he arrived carrying an umbrella and waving a piece of paper that he said would guarantee “peace in our time.” Chamberlain was greeting by cheering crowds. It was Churchill who seem out of place, out of touch, and pursuing a lost cause as he denounced efforts to appease Hitler. The world would soon learn who was right.

Do your children know the name of Winston Churchill? Do they know the names of other important figures and leaders who helped win World War II? They should!

If they don’t, you must help them learn an important lesson: what happened yesterday has a profound effect on what happens today and what will happen tomorrow.

What can you do if you are a parent, grandparent, or anyone interested in seeing that our history doesn’t fade into oblivion?  Click here for guidelines to a plan of action.