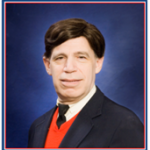 Mark Evans, Ph.D, is a composer, conductor, pianist, and organist with a multifaceted background in music, writing, broadcasting, and education. He hosts the popular, “Mark! My Words,” television program and is founder and president of “Cultural Conservation,” a foundation, “dedicated to the principle that society should preserve its cultural resources with the same care and devotion that a nation devotes to its natural resources.”

Mark Evans literally grew up in the world of film music in Hollywood. He was a private pupil of such renowned composers as Mario Castelnuovo-Tedesco and Roy Harris.  His book, “Soundtrack: The Music of the Movies,” has been recognized as the definitive book on the history of film scoring. As a writer and lyricist, he is the author of numerous books for adults and children and has collaborated on books with such varied personalities as Robert Stack and Xavier Cugat. He began his broadcasting career on radio, producing 500 radio programs under his trademarked title, “Mark! My Words,” also the name of his newspaper column in The New York City Tribune. His television series  airs on the North Carolina television station he founded..

What people have said about Mark after “Marking! His Words”

If we had a Mark Evans on every station, we would have some cultural stirrings. ~ Norman Corwin – “The Poet-Laureate of Radio”

A man of the future, a worker in the present, A master of the past. ~ Nicolas Slonimsky – Composer, conductor, editor, “Baker’s Biographical Dictionary “

As always, the best interviewer on the tour. ~ Judson Hale – Editor, Yankee Magazine and “The Old Farmer’s Almanac”

Truly a jig! The ideal interviewer. ~ Pat O’Brien – Star of stage and screen

Honestly, this was the most knowledgeable and interesting interviewing I’ve ever experienced. ~ Martin Gottfried – Saturday Review and New York Post

I have spent some 50 years in our journalistic question and answer business and cannot recall another so accomplished interviewer. ~ Mohsin Ali, O.B.E. – Former Diplomatic Editor, Reuters

I’ve rarely met anyone in the mass media with his insight and intelligence. ~ Joseph Murphy – President, Bennington College

Admiration for Mark’s talent in words, music and ideas. ~ Richard Armour – Author of 60 books of humor and light verse, Dean of the Faculty, Scripps College

I cannot begin to say how much I enjoyed the time we spent together, and what a fine interviewer his insight, interest, and enthusiasm matched by almost no one. ~ Howard Teichmann – Broadway playwright, biographer, Professor, Barnard College, Columbia University

One of life’s great gifts is getting to meet and know talented people like Mark Evans. ~ Loonis McGlohon – Composer, “North Carolina Is My Home”